A game tour you say… what would that be? Well, it’s just like all the book tours I’m part of but instead of reviewing a book and I am going to be reviewing a… card game. Me and the hubby are quite partial to a good games night and we always take a card game with us on holiday (again what are those?) so I was really intrigued when I saw the email from Zoe at Zooloo’s Book Tours and signed up straight away.

Carabosse the Bad Fairy is dead, and her Big Book of Villainy has been stolen! In a shocking revelation, the magic mirror has declared that the suspects are all goodies, but who had a motive to go bad? Can you uncover the evidence, catch the killer and make sure this case ends with a happily ever after?

There’s more than one way to catch a killer though. So what’s it gonna be? Good Cop or Bad Cop? These two game versions come with their own set of rules and tactics to crack the case and finger your suspect, but will you use fair play or FOUL PLAY?

The Game is Afoot! Playing as detective, you’ll need to find the three evidence cards that point to a specific suspect in order to catch a killer in this crazy criminal caper. Will you uncover them in the crime scene? Could the other detectives be willing to collaborate and share their findings? Or will you resort to more tricky tactics, and plunder the proof you need to solve this crime?

Which version of the game will you be playing?

The first thing that impressed me about this game was that there are different ways to play it, you can chose whether you play as a good cop or bad cop which means that the game doesn’t get boring and repetitive. I also liked that all the rule cards were used and it was clear which to follow depending on which version of the game you wanted to play.

Now upon first reading the rules do seem a little complex but after a few go’s it makes a lot more sense and you really do get into the flow of the game. For us we enjoyed the bad cop version more as it seemed a bit more fluid and was just a bit more enjoyable than the good cop version. However they were both really good and I’ll definitely be packing these to come with us on the next holiday.

I was also really impressed with the size and design of the game. The cards themselves come in a pack which is the same size as a standard deck of cards so it can be easily popped into your handbag for travelling. The designs on the cards are stunning to and I know fans of fairy tales will absolutely love them! I mean just look at them! It definitely has vibes of the Twisted Tales books!

What’s a Murder Mystery Events Company to do with a pandemic sweeping the nation and no sign of being able to perform their confounding criminal cabarets or incredible interactive investigations any time soon? They needed to come up with a plan, another way to provide mystery to the masses (and provide income to keep themselves afloat)!

Well, lockdown does strange things to people, especially actors who can’t go out and perform. So one fateful evening, Ben & Lee Cooper-Muir decided to come up with a whole new way to murder people. Keeping their cards close to their chests they plotted and schemed until Foul Play : The Murder Mystery Card Game was born.

So, what to do next? This is where After Dark enters the picture. After all, Ben and Lee were two of the operators of the infamous murder mystery company. Maybe they could collaborate to bring the game to the masses. When Lockdown restrictions were eased a top-secret meeting was held with the other criminal masterminds behind After Dark, Helen Burrows, Sophie Webster & Tom Fisher and a pact was made. The game would be launched and licensed under the After Dark banner.

In true After Dark style, the team burst into action and then began the beta testing, design updates, promotional planning, character changes, proofing, proofing and more proofing until finally all the kinks were ironed out, mysteries solved, and FOUL PLAY came to life!

We hope you enjoy playing it, and although we all hope to be back performing soon, WATCH THIS SPACE! Now we know we can create and produce games we’ve got a lot more fun things planned for the future!

One thought on “Game Tour: Foul Play – Once Upon a Crime (murder mystery card game)” 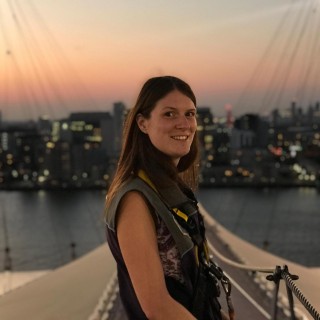 Disclaimer: this blog contains affiliate links, which means if you decide to make a purchase using my links I’ll receive a small commission – at no extra cost to you.